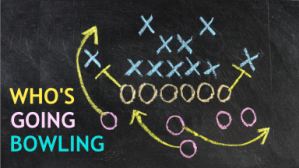 With Spring Football wrapped up throughout the country, we are preparing our first bowl projections for next season.  Next Monday, we’ll have projections that include which game each team goes to and their opponent.   For starters, here’s the list of teams from the Southeastern Conference, listed alphabetically, that we think will be bowl-eligible in 2015-2016.

Can Dak Prescott lead the Bulldogs to their six consecutive bowl game?

We left Florida out of the list of teams that we think will be bowl eligible based on their schedule.  The Gators face very strong Ole Miss and LSU teams from the West Division, and take on Florida State in non-conference play, and their games against Missouri, Kentucky and South Carolina are all on the road.

Last year, the South Carolina defense ranked 91st in the country in points allowed.  This year, they’ll face North Carolina and Clemson, two teams with explosive offenses, in non-conference play as well as UCF.  The Gamecocks get Kentucky and Florida at home, and we think the Old Ball Coach will have a trick or two up his sleeve.

A few websites have listed Alabama as having the hardest schedule in college football in 2015.  We have to agree — in addition to competing in the toughest division in college football, the Crimson Tide face Georgia and Tennessee in divisional crossover games and Wisconsin in non-conference play.