With Spring Football wrapped up throughout the country, we are preparing our first bowl projections for next season.  Next Monday, we’ll have projections that include which game each team goes to and their opponent.   For starters, here’s the list of teams from the Big XII, listed alphabetically, that we think will be bowl-eligible in 2015-2016. 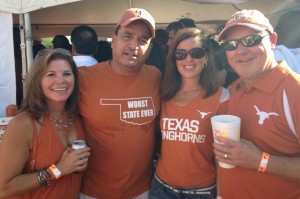 Where will the Horns be Hooking ‘Em during Bowl Week?

The seven teams listed above are the same seven teams that represented the Big XII in bowl games last season.  Each of the other three teams, Kansas, Iowa State and Texas Tech, have non-conference games against other Power Five opponents in which they will likely be an underdog.  They’ll need to pull upset in that game, as well as in a conference game to get to bowl eligibility.